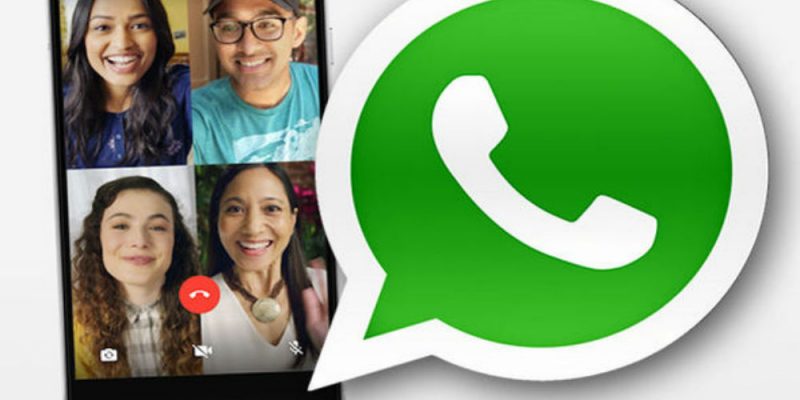 Back at Facebook F8 developers conference held in May, WhatsApp announced that it would bring audio and video group calling feature Later this year. But today, the company said the feature is available and it’s going to live for the users of iOS and Andriod around the globe. The group calling feature allows four people at a time, regardless of there Location.

WhatsApp wrote in a post, “Group calls are always end-to-end encrypted, and we’ve designed calling to work reliably around the world in different network conditions.”

For Instance, during one to one call, you can add more participants merely by tapping on “Add Participant” button present on the top right corner of the App. The most interesting thing WhatsApp said is the calls are now end-to-end encrypted. WhatsApp new feature might not be looking promising when you consider Apple plans for Group FaceTime which allows 32 people to talk together, all at once. Yet, it is anticipated to come with iPhone 12 or with the new operating system for iOS and iPads.

To make messages more secure and encrypted, WhatsApp worked with Whisper systems to protect all messages and calls from getting hacked or spam, and ensure a safe passage for texting.

Read Also: Twitter monthly User count dropped by 1 million over the past few months in Crackdown

Moreover, in May, Facebook said that WhatsApp sends 65 billion messages and spend almost 2 billion minutes on audio and video calls each day. They also added that Video calls introduced in 2016 while Audio calls launched in 2014, at that time WhatsApp wants to counter Skype and Facetime by launching their service.

Earlier this year, the company also said there are around 1.5 billion monthly active users and most of them would definitely want to try this feature. Anyhow, this new feature rolls out today and it is yet to confirmed whether users liked it or not.