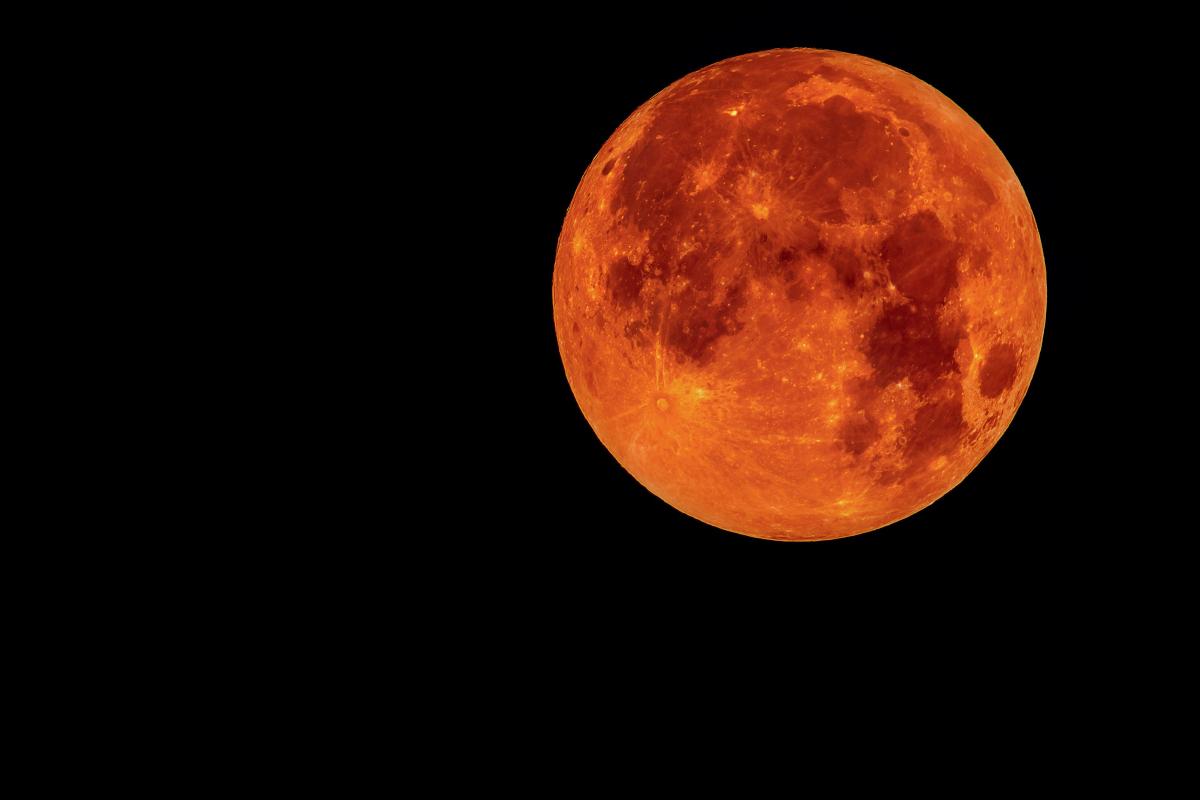 Tonight, the moon will be wearing red as the Earth passes between it and the Sun. Good thing is it will be possible for us to observe this exceptional phenomenon from earth. It is a phenomenon that occurs every 26 months and allows amateur astronomers to observe it with a very good telescope.

The Royal Astronomical Society in London advises, “All you have to do is to go outside, Totality (period of complete eclipse) will last for 103 minutes, making it the longest eclipse of the 21st century!”

In Pakistan people will be able to stare at the longest ‘blood moon’ view of the 21st century. To observe the freckle of the moon, you will have to look up from 10:14pm on Friday to 4am Saturday. At the start of the year, the Moon had already taken advantage of an eclipse to change color and display a beautiful blood blue.

History to observe this Moon in the best conditions, Viewers will need no protective eye gear to observe the spectacle unlike when watching solar eclipse. So, binoculars or a telescope are not recommended. Because, if you do not have access to this material, you don’t have to panic, you can observe the eclipse with the bare eye. Just choose a place where the sky is clear.

On the contrary, NASA has called out people claiming that Mars will appear as big as the moon during the eclipse; it will not be “bigger” but will be closet and brightest from 27 to 30th July.

“If that were true, NASA says, we would have a big problem, considering the gravitational forces of Earth, Mars and the Moon.”

The longest ‘blood moon’ eclipse this century will overlap with Mars’ closest approach in 15 years to offer sky gazers a breathtaking astronomical experience. Certainly, the US space agency NASA explains that the red planet will be brighter than normal, because it will be in resistance, that is associated with the Sun and the Earth.