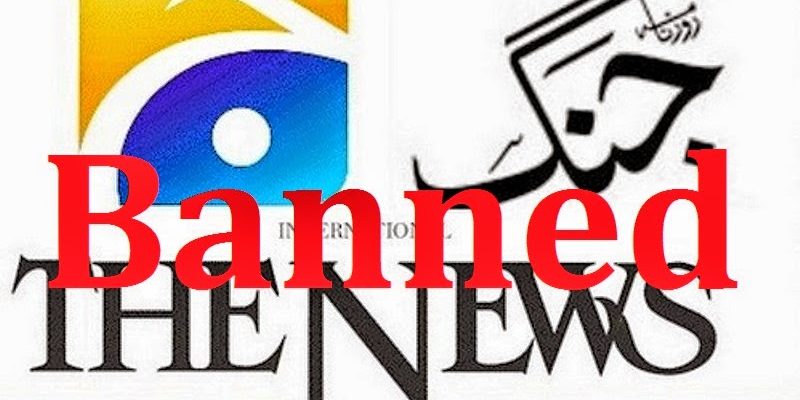 Yesterday case about Blasphemy and already running case with DG ISI lead to ban of Geo Tv and its other channel like Geo Tezz, Geo Entertainment, AAG Tv and Geo Super

Due to attack on Hamid Mir Geo television network put blame on DG ISI Zaheer-ul-Islam which lead to ban of Geo television from Army Offices and Messes and other Areas.

Already this case was in supreme court and was under investigation, yesterday came a new case of Qawwali in Utho Jaago Pakistan while on going ceremony of remarriage of Veena malik which lead to controversy from Ahl E Tashi Association.

Shaista Wahidi was hosting the show and she didnot even bothered about that and due to this Qawwali which was played during show lead to high controversy.

These 2 cases were already going and 3rd new case by the Geo News Reporter for beating the Cable Association Operators head which ultimately lead to proper and announced ban from all over Pakistan by cable association too.