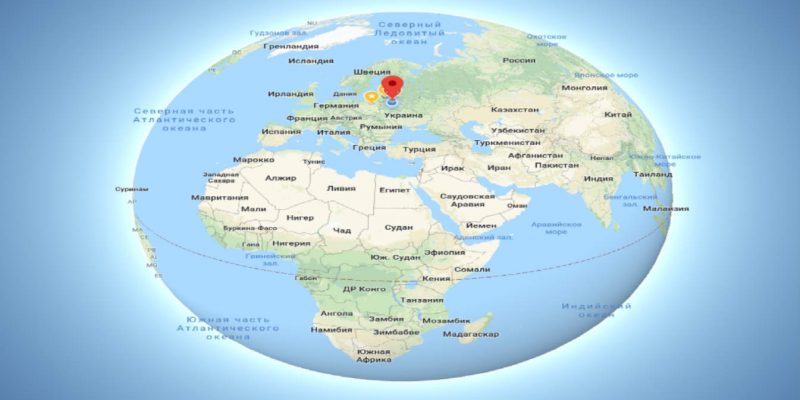 Google Maps now represents the Earth in all roundness, no longer in two dimensions. It is a massive change, which makes it possible to obtain a more reliable representation of the sizes of the countries and the continents.

”With 3D Globe Mode on Google Maps desktop, Greenland’s projection is no longer the size of Africa. Just zoom all the way out at Google Maps,” the company stated in a post.

A user on Reddit drew consideration to the new update of the cartographic service Google Maps. Now the Earth at particular point when viewed becomes spherical in the desktop mode of the browser. It does not remain flat anymore as it was before.

In this new way, people will get a representation more realistic to the actuality of the size of the continents and countries. Previously before the changing, Greenland was as big as Africa, which is not the case because the first measures 2.1 million square kilometers, the second more than 30 million square kilometers. With this new representation, the correct map will come back in order.

On the other hand, mobile versions of Google Maps continue to present the world as a world map. It is more than likely that Google is changing all this and that the next updates of iOS and Android applications in turn advise the representation “globe”.

After the massive shift in the map, it has already received a lot of consideration from “flat Earthers”, people who believe that the planet is flat, not spherical. It might cause a problem for the company but as the new feature is available on the web the flat earthers can stick to the mobile from now.

Just few days ago Google maps announced the new feature in which, when sending others the location, the system will also show the receiver the percentage of charge of the sender’s mobile device. Now, for those who believe in a flat Earth, the new update will be a real bluster.