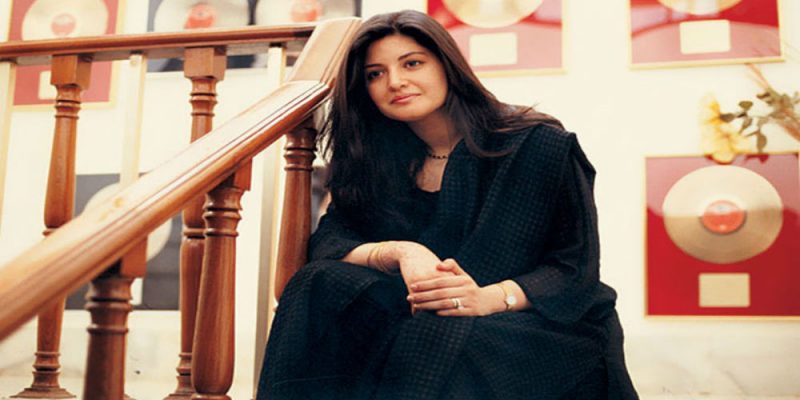 This special doodle cannot only be seen by people of Pakistan, but people of Canada, New Zealand, Iceland and Australia can see them Too. Previously google featured Picture of Nusrat fateh ali khan, Abdul sattar edhi, Madam Noor Jahan and many more.

“When young Pakistani girls in the 1980s closed their eyes and clutched a pretend mic in their hands, swaying and singing, a major inspiration was Nazia Hassan. Hassan, sometimes referred to as the “Princess of Pop”, was a sensation the likes of which hadn’t been seen in the region in years. Young and graceful, with long flowing hair, she charmed the country by belting out favorite songs “Disco Deewane” and “Boom Boom” alongside her brother Zohaib, Google wrote.

Nazia Hassan was born on 3rd of April 1965, she started singing at very early age of 10 and become Pakistani pop sensation at age of 15 with blockbuster song “Ap jaisa koi” and later “Disco deewane”. This song hit the British charts as “Dreamer deewane” and she become First Pakistani women who earned title of “Queen of Pop” in South Asia.

She gained enormous love and popularity from both India and Pakistan as she also collaborated with famous singer “Kishore Kumar”. She had received many achievements and awards during her music career and launched over dozens of her music albums.

She had accomplished so many titles at such an early age, if she had lived more surely Nazia hassan would have contributed much more to music industry.

She died at the age of 35 due to lung cancer. Her demise was a great loss to Pakistan but she will remain alive in our hearts.