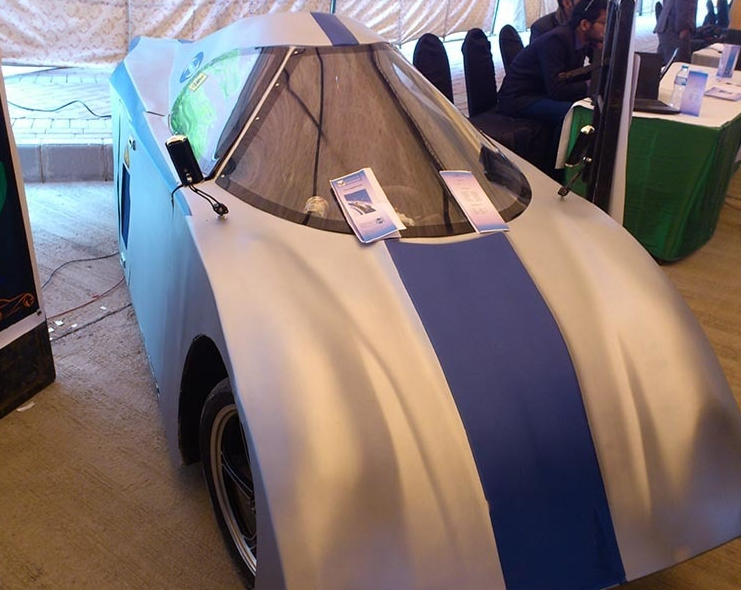 On average cars covers about 10-20 KM (correct me if wrong) in 1 litre fuel but “RUSH Car” which is highly fuel efficient, made by COMSATS students with the help of faculty members, covers about 60KM in 1 litre.

This car was a project of final year students of Mechanical Engineering Department (MED) of COMSATS university Sahiwal Campus. This car has been selected to represent Pakistan in upcoming Manila International Auto Show 2015 starting from 9th April 2015 in Philippines. Team of eight students has used a 70CC engine and lightweight fiberglass for manufacturing this car exterior and interior. Designer Tahir Asif, faculty member, told that this car has around 4 feet height and width with 200 KG weight. It has 1 seating capacity which can be expanded in future designs.

Shell Pakistan representative, Afshain, who is following the manufacturing of this car from five months said that total of 14 members will be sent along with the Car to Manila Auto Show 2015 and this car is among 14 cars which shell is sponsoring.

While this manufacturing is big achievement by Pakistani’s but on other hand Govt has not giving any support to these batch of 14 members. These guys have done this on their own totally with help of COMSATS.