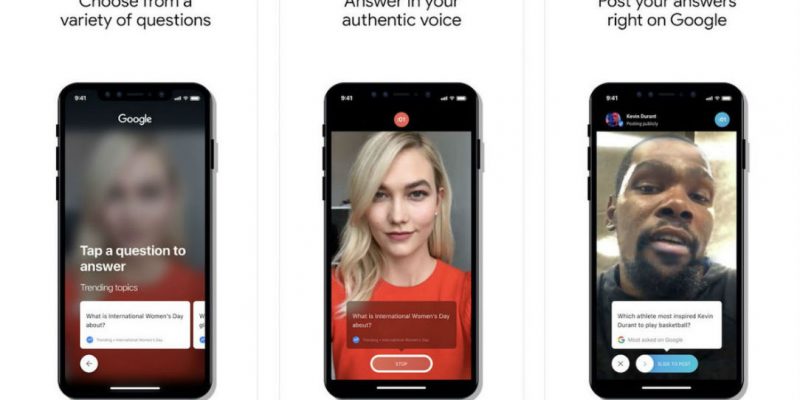 Google has launched a new app in the App Store which is named as Cameos; it is basically a video Q&A app. It will allow users to respond on the questions about themselves and then share those answers on Google without any trouble. The app seems to be made for celebrities and important public figures, which are often on popular Google search list.

The new Cameos application focuses specifically on video publications. As explained in the App Store description:

“Record video responses to the most frequently asked questions on Google, then post them directly to Google, and now, when people search for you, they’ll get answers directly from you.”

Public figures can use their voices to answer fan questions on Cameos instead of leaving the answers to other websites. This feature is kind of the additional version of “Posts on Google” platform. This platform allows public figures and organizations to make public content openly on Google search results pages.

At first, Posts on Google was only accessible to a few number of celebrities, sports players and groups, film studios as well as museums. But last year, it the availability was extended to local businesses so that they could then publish their events, goods and services. In this spring, it was opened for musicians.

People or organizations who were able to use the facility have been able to post updates to Google, including text, images, videos, GIFS, events, and links to other sites. In a way, it’s like Google’s Twitter version, but its purpose is to help web searchers find answers to their questions.

The program also allows users to view the most popular questions on the web and pick out the questions they want to answer. Then use the iPhone’s camera to record the answer and post it directly to Google search results. Access to the use of Cameos is only available by invitation. Interested parties can download the iOS app to request access.