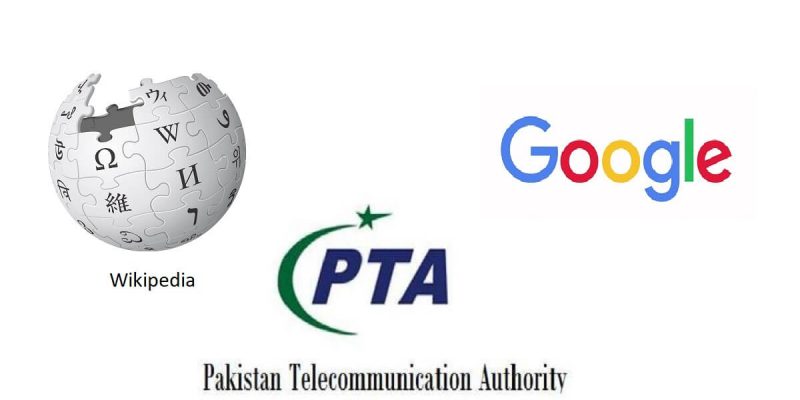 Pakistan Telecommunication Authority ( PTA ) has issued notices to Google Incorporation and the online encyclopedia Wikipedia for disseminating ‘ Sacrilegious Content ‘ through the two platforms on Friday. PTA has asked Google and Wikipedia to remove that content as soon as possible

On Friday, in a press release, PTA has informed that it has been receiving complaints regarding inappropriate and misleading content religious knowledge. This is in reference to fallacious search results for ” present khalifa of Islam ” and the upload of an unauthentic version of the Holy Quran by the Ahmedi community on Google Play Store.

Press Release: PTA issues Notices to Google Inc. and Wikipedia on account of disseminating sacrilegious content through the platforms. pic.twitter.com/AhG9PHCJS1

As for Wikipedia PTA had received complaints against Wikipedia for “hosting of caricatures of Holy Prophet (PBUH) and dissemination of misleading, wrong, deceptive and deceitful information through articles portraying Mirza Masroor Ahmad as a Muslim” , according to PTA.

This is a matter of sensitivity for Muslims around the globe. The knowledge and teaching of Islam must not be altered by anyone on any platform. After getting several complaints and thorough discussion, PTA issued the notice. Currently, the authority is waiting for the response from the two companies and will decide its further action accordingly.