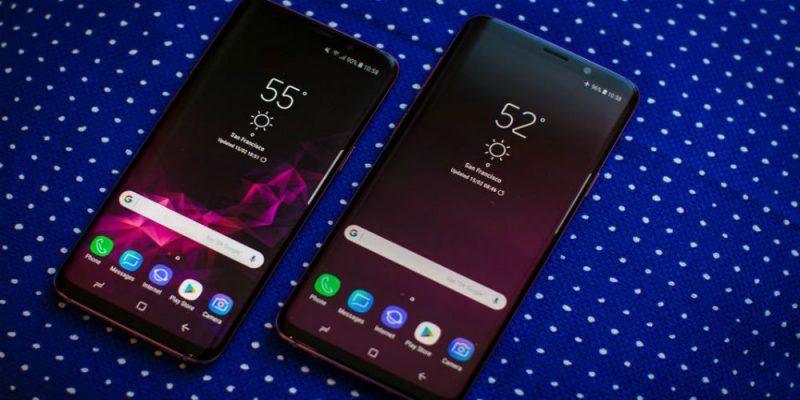 Just after the formal launching event of flagship Samsung Galaxy S9 and S9+ models at mobile world conference in Barcelona, several reports have been received that users are facing some serious issues in display screen. It stops the touch screen form registering input in certain areas of phone, which in result make “Dead zones” or “Dead spots” appeared in specific areas.

More reports have been issued that Samsung galaxy S9+ tend to acquire this issue more often.

“Does anyone else have issues with the Galaxy S9 touchscreen? I’ve got a few dead spots on the bottom half of my screen,” one of the Galaxy S9 users complain the issue on the Samsung Community.

Some users on REDDIT also posted that issue was still persisted after factory reset.

One thing to be noted that the malfunctioning of display doesn’t appear on single particular area rather it occur collectively both on top of the screen and bottom of the screen. Majority reports said that issue appeared more on  horizontal side of the screen making it more prominent and difficult for users using swipe motions and virtual keyboard.

However, Samsung recently publicize Same repair day for those who are receiving these problems, they will fix this as quick and efficient by providing best customer service.

We know that Samsung always come up with their best to provide remarkable features and design in its phones, at the same time it is hard to believe that the franchise is facing display issues. Earlier, Samsung galaxy S8 was spotted tinted screen but Samsung had resolved this issues by software update. Apart from this the previous galaxies were free from such problems. Apple’s iPhone X did receive the same problems making display screens unresponsive at cold temperatures.

As we all know Samsung is a leading brand and they cannot sustain such mistakes to prevail in future, yet no Statement been given from their side but we are hoping that they fix this problem as soon as possible.