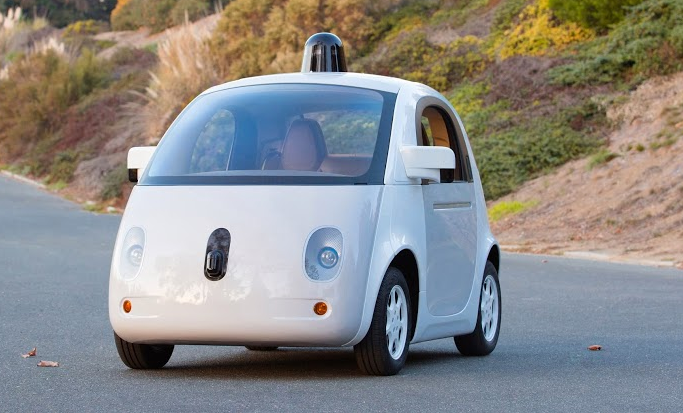 For years Google engineers were busy to make dream, a reality, a future version of cars that can drive itself on roads taking people from one place to another without any need of human driver.In May 2014 Google announced that it is making its own prototype car for which they also released some snaps of the initial models of this car. This prototype car was made after taking a series of tests on different cars and is initially tested on tracks and other designed areas.

Google recently unveiled its first fully functional Self Driving Car Prototype which drives itself without need of any human intervention. It was initially designed to make it totally free of any driving controls but recent change in laws make it necessary for them to install steering, paddle and brakes for use in case of emergency.

This car have been made with combination of sensors, software and hardware that works simultaneously to control this car. Sensor detect things around and also help in keeping track of road while smart software controls the functions of hardware of this car.

Not only this car can navigate through traffic without driver but it do not disobey road laws. With installed manual controls, any person can gain control of this car in emergency situations.

This car is going to be tested on public roads in January 2015 for real life results. Google have announced that it is going to take this project to next level by making 500 more cars in next few years before commercially launching it. Google’s self driving car project is highly advocated and supported by famous car manufacturers like Audi, Mercedes Benz and General Motors.

As for as Pakistan is concerned our traffic system is very bad, ditches in roads, rash driving and extension of traffic signal is common leading to failure of such projects. Despite of having lot of talent and technology craze we still lag behind other nation. In my opinion it will take years for our nation to be able to think on such kind of stuff.